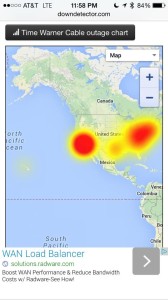 People across the US are waking up this morning to the fact that Time Warner Cable is down. Apparently it’s not just their network that is down either. Their own website is also down and there are reports that no one is answering calls into Time Warner either. 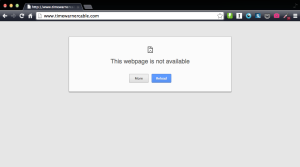 From the spike in reports shown above, it looks like the majority started happening just before midnight HST or 6am EST.

Timing is everything of course. I just cancelled my cable TV today and am now apart of a massive Internet outage. I’m sorry?

There is already speculation as to whether TWC is the latest target of the recent DDOS attacks. I expect more answers will come soon enough, but it’s nearly 1am here in the middle of the Pacific and I have a 8am meeting. Let’s just hope my Internet is up by then as I work from home…

GDPR, Blockchain, and Me

This site uses Akismet to reduce spam. Learn how your comment data is processed.