Having lived in Hawaii for almost four years this article in the Washington Post on people leaving Hawaii hits home in multiple places. 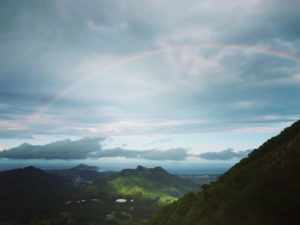 This picture is one of the last I took, December of 2016, while we were living on the island of Oahu. It was a beautiful place to live and as the hashtag states, #luckywelivehawaii, we felt lucky indeed. But, that luck only went so far. Working in the technology industry as a remote worker for an off-island company (we had one office on the island that I never visited – it was mostly for transient workers going between the far east and the US) I was able to continue to work in my field. Had I not had my remote job, however, I would have never found work on the island.

I interviewed for a job before moving out there, hoping that I’d be a great fit coming from the mainland with all of my experience and expertise (which by the way you should never do – Hawaii has her own way of doing things and it should be appreciated). The problem was, though the cost of living was at least 3x what we were used to in Texas, they paid a 3rd of what I was making to do the same work. In all my time living on the island, I never saw another job available in my field. And yes, I did look.

What I found instead were other workers like me who worked for mainland offices, on mainland hours, from our tiny island in the middle of the Pacific. There weren’t many of us, but we did exist. Other technologists, I found in the tech startup community, mostly tried to develop opportunities that focused on capitalizing on the tourist market, because it was the only market.  Either that or they did like Hello Makana, a company that ships Hawaiian delicacies all over the world, and catered to the people who had left and wanted a reminder of home.

Still, others who were once the white-collar workers of the mainland fell so much in love with the island that they found a way to make it work by doing things like becoming bee-keepers, tour guides, or were a part of the service industry in jobs like bartending and masseuses. 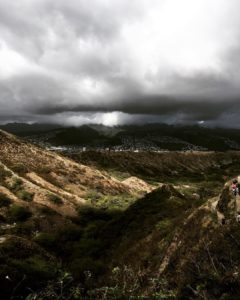 What I will never forget is the disparity between the tourists, the rich who make money off the backs of the tourists, and then the natives who were either exploited for the tourists or forced to work menial jobs because that’s all there was available. In the worst cases, they were destitute or completely homeless. Of those who were able to afford homes, they did so because they had multiple extended family members or multiple families living under one roof. Those homes they could afford were dilapidated, old, and generally unkept due to the cost of doing so.

Now, this is in no way meant to be representative of every possible Hawaiian experience on the island, just a snapshot of what my experience was there and one that falls in line with what the article reports. The natives will always have a soft spot in my heart. During our time there we did our best to avoid most of the tourist trappings and instead sought out experiences of the beauty and the nature of the island that helped the islands in one way or another. That will always be my recommendation to anyone who visits. Skip the tv dinner version and find a way to support the local culture and community any way you can.

Would I have stayed had I been able to find equal work for equal pay? It’s a possibility. What was more important were the opportunities afforded to my children, not only as children but also as adults. While we had to leave the island, part of it will always live within us. My children are better for having experienced their early childhood there. And, though they may never remember it, I have a lot of photographic evidence to help them relive as much as possible.

Relevant links:
To read more about the cultural perspective of native islanders here is an interesting piece I recently came across from a cultural anthropologist.
Here is a perspective from native Hawaiians on their culture versus the culture that is sold to tourists.
Here is yet another cultural look.